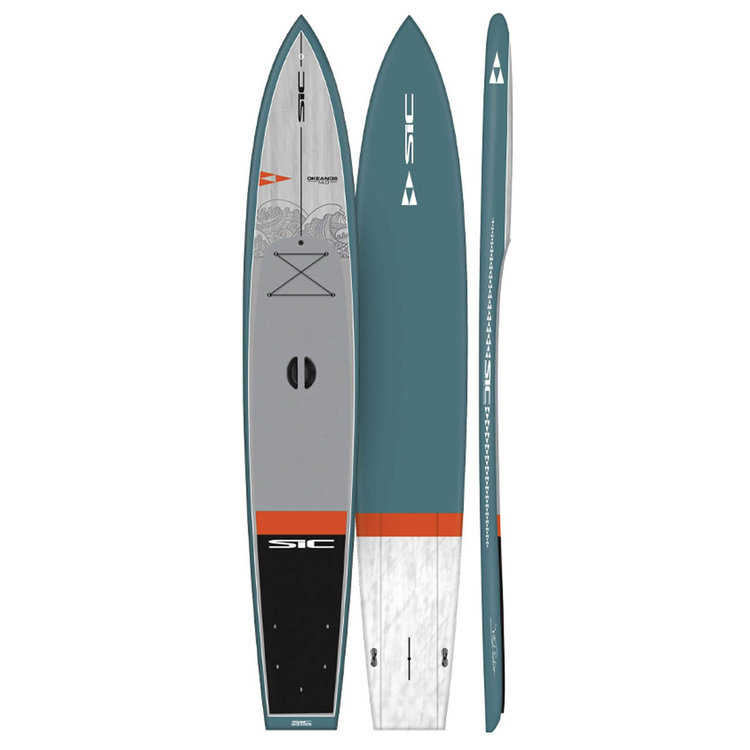 The Okeanos, one of the most exciting boards that SIC launched in 2019, has quickly been hailed as one of the greatest new fitness and touring boards on the market, winning the SUPConnect “Best Touring Board” and “Best Overall Board” awards in 2019.

This touring and fitness board paddles with ease and is capable of maintaining a fast and efficient glide. The nose chine in the bow helps to soften the ride in rough waters and track extremely well under power in wind and cross-chop. The generous tail width and full, squared up rails help make this board very stable. The wide point in the front section of the board has been shifted forward, adding to the overall stability.

The board has also been outfitted with numerous tie-downs to mount your cargo and can handle quite the payload. It is also super stable rail-to-rail making this a great board to fish from. The fin box configuration is also outfitted with a standard U.S. fin box for your main stabilizing fin. However, side fins can be added for additional tracking and stability. You can also run the board with two shallow draft side fins in shallow rocky waters to provide a stable platform to rest the board on land when you have substantial gear tied down to the decking.

The Okeanos is built-in SIC’s Dragon Fly (DF) construction, which is constructed with a full oak wood veneer wrapping the core - tip-to-tail / 360-degree rail-to-rail wrap. The Okeanos is arguably one of the most durably constructed composite boards on the market today, and it remains at a very competitive weight and affordable price.

Back to home
SIC

Call for availability
•••••
Article code 21180753
The TAO Air-Glide is designed specifically for the paddler who wants a board to take out with the family, surf small to mid-sized waves, take a SUP yoga class, or cruise the shoreline. 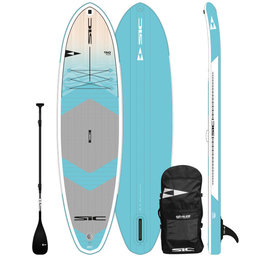